There are numerous Monarch predators and pests and here we will cover a few of them. Lepidoptera eggs can fall prey to ants, mites, spiders and wasps and larval forms of other insects. Certain parasites, diseases, flies, wasps, rodents and birds can attack caterpillars.  Other birds, rodents, wasps, parasitoids, dragonflies, mantids and even automobiles will kill or injure adult butterflies. It’s a tough world out there for a Monarch.  Estimates of 1 to 2% will make it from egg to butterfly. Happily Monarch females can produce anywhere from 200 to 600 eggs so quite a few do make it. Here is an overview of the most prevalent parasites and predators. This information is from research and observations here at Butterfly Farms in Encinitas, California.

The parasite OE only infects milkweed butterflies. Worldwide all Monarch populations are infected with OE, which suggests this parasite evolved with Monarchs.  Monarchs east of the Rocky Mountains have the lowest rate of infection, west coast Monarchs a much higher rate and non-migratory populations in tropical areas have the highest rate. This is mainly due to year round availability of milkweed, the Monarch’s host plant and their caterpillars food source.

OE needs a live host to live on and survives between infections as spores. The spores are dormant cells among the scales on the Monarch. Most of these spores are found on the butterfly’s abdomen. They are tiny and can only be seen with a microscope. The spores are scattered by infected adult Monarchs and can also be spread by mating and casual contact.

The spore is passed from one Monarch generation to another by the caterpillar eating milkweed exposed to infected Monarchs and is also passed from the female to the egg shell while laying the eggs. Dormant spores are spread from the egg laying female onto the egg and the milkweed plant. When the caterpillar breaks out of the egg and eats the shell it ingests the spores, which reproduce in its body. Caterpillars also eat the spores scattered on the milkweed. During digestion the spores open and release the protozoa, which reproduce. Before the butterfly pupates this parasite releases spores that can survive nearly anywhere. When the pupa ecloses the Monarch is covered with spores. The parasite has done its damage and reproduces no more. The cycle perpetuates.

Infected chrysalides won’t have uniform color. There may be mottled or spotted. Heavily infected Monarchs may not emerge or if they do they may be deformed or too weak to hold on to their case. Many will not survive. Mildly infected butterflies will be smaller and weaker. They will have a hard time holding on to fluids they need to survive. The males will be less able to compete for mating; the females however will still reproduce normally. Many infected butterflies will show no signs of infection at all.

One way to see if your Monarch has OE is to carefully press a clear piece of tape on its abdomen and check under a microscope. The University of Minnesota has a citizen scientist program called the Monarch Larva Monitoring Project, which you can be a part of. 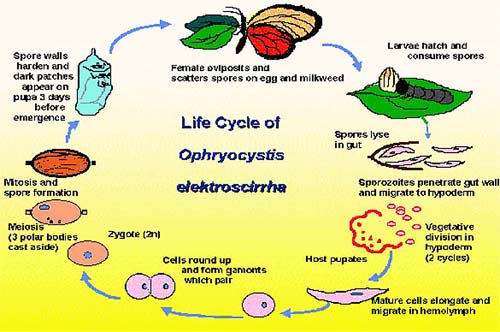 The worst caterpillar parasitoid is the Tachinid fly. These flies in the family Tachinidae parasitize many arthropods. A particular Tachinid fly, Lesperia archippivora, is a major parasitoid of many Lepidoptera.

Tachinids parasitize butterflies by laying eggs on the caterpillar larva. After the eggs hatch the tachinid larva bores into the butterfly larva and completes its development inside the new host. During the Monarchs late instar or pupa stage the fly maggot will drop out on tendrils looking like white strings. Then the fly larva will pupate and complete metamorphosis within 2 weeks. 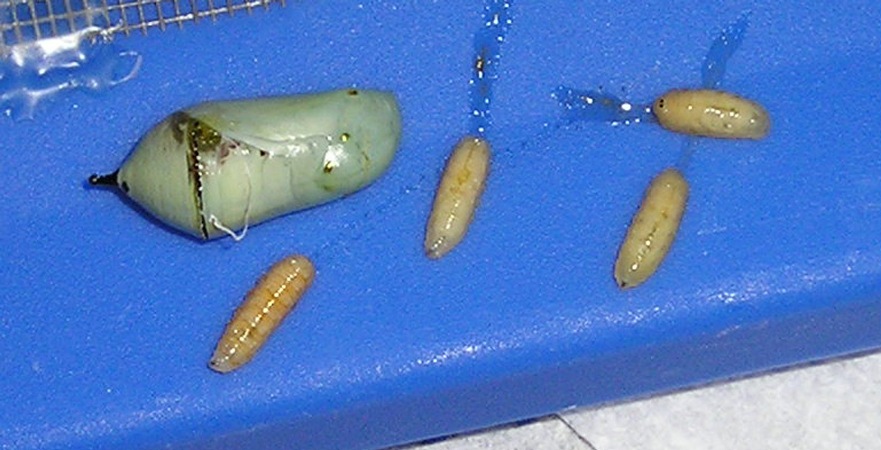 The tachinid pupa is reddish brown, elongated ovoid around 3/8” long. There can be as many as 8 tachinid maggots parasitizing each caterpillar.

The visual signs of Tachinid parasitization are many. The silky white strings show the maggot has left the caterpillar or pupa. Infested pupa will be discolored with brown, black or rust spots or you may see small holes in it. The pupa may be lighter in color, shriveled or the rings at the top may turn black.

The Tachinid fly itself looks pretty much like a housefly except it has red eyes and a hairy back.  T
While hunting they are slow and not erratic fliers like houseflies. 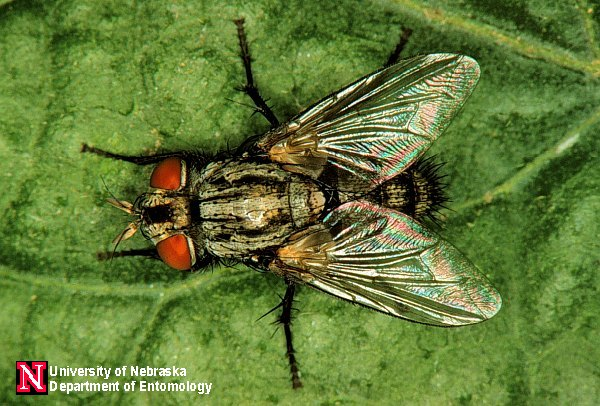 Anywhere from 10 to 40% of wild Monarch populations can succumb to Tachinid flies.

There are two common infections, which are probably responsible. One is a bacteria (Pseudomonas) and the other is a virus (NPV or Nuclear polyhedrosis virus).

Pseudomonas bacteria are found in soils. It is very common and is the cause of “swimmer’s ear”. This bacterium likes it warm and moist so it is important to let your plants and the soil around them dry out between watering.

NPV is deadly to Monarchs. The virus grows within the cells causing them to burst. The cellular structure has been interrupted and the insect appears to melt. 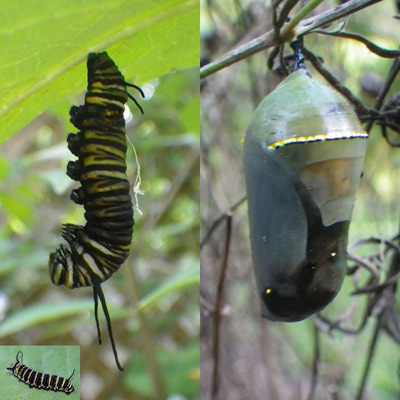 To help make sure these diseases don’t spread through your Monarch populations remove and isolate any caterpillars or chrysalis, which exhibit the above behaviors. Remove leaves infected insects have been on and avoid a damp or wet environment. Infected insects can be destroyed by placing them in a plastic bag and freezing them. 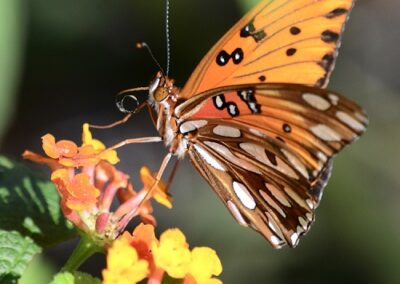 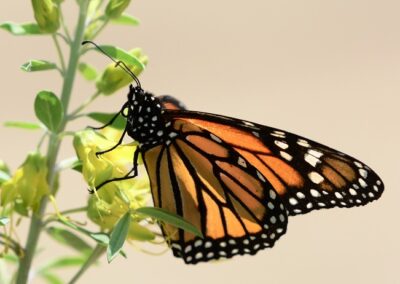 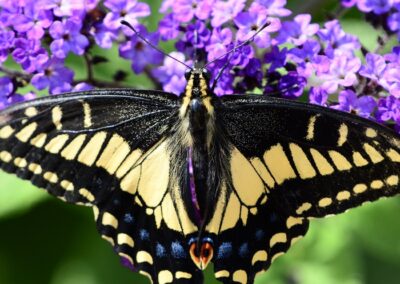 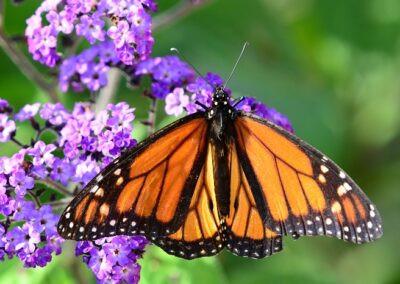 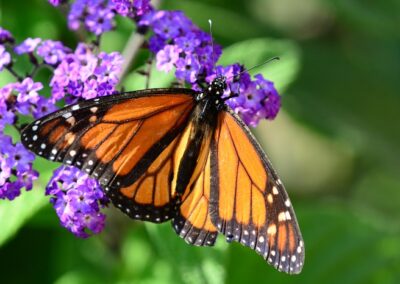 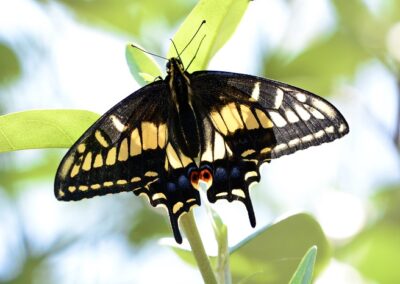 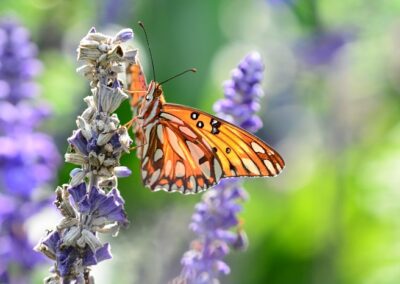 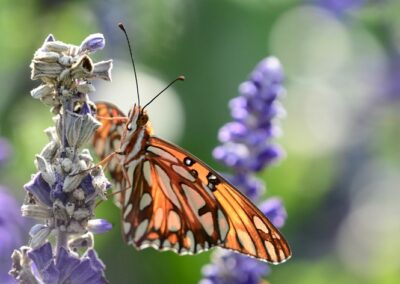 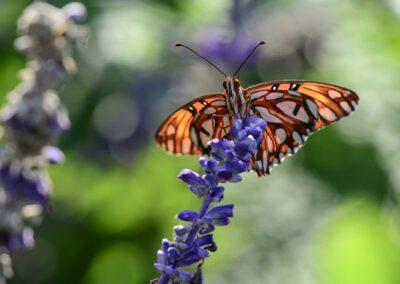 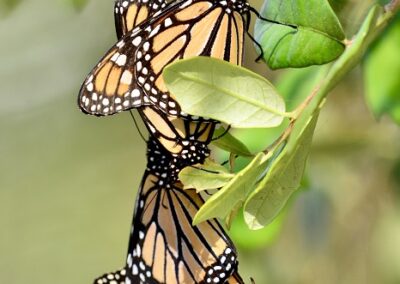 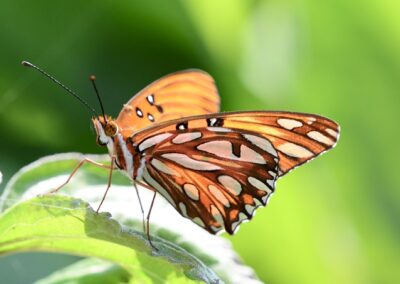 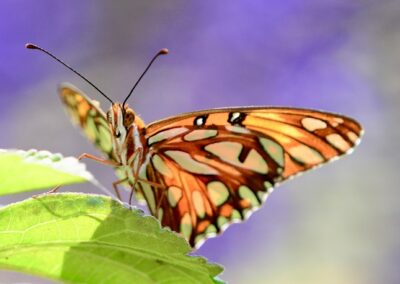 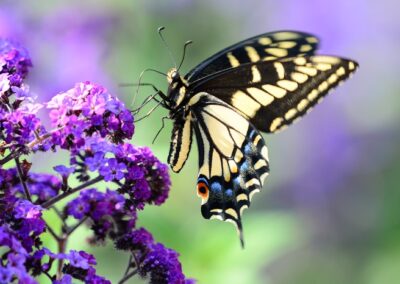 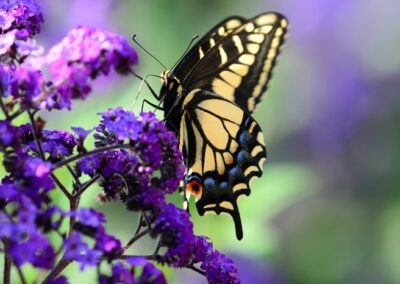 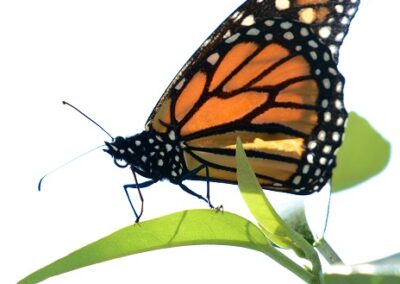 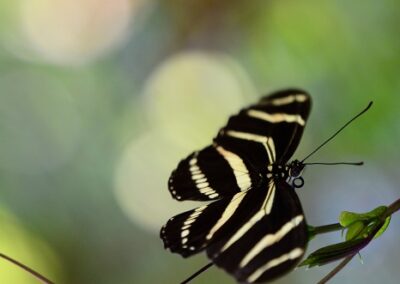 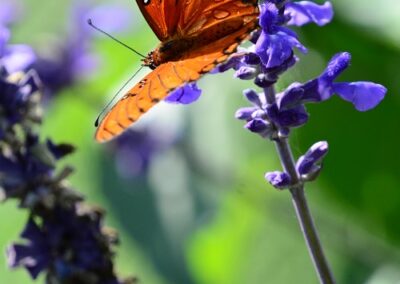 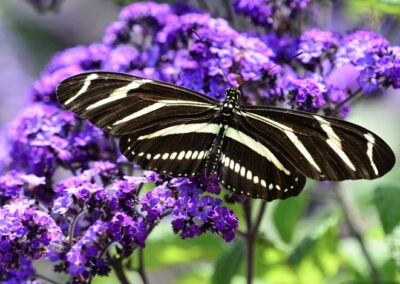 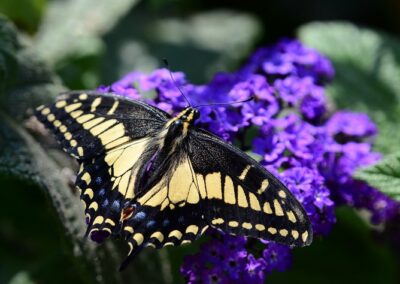 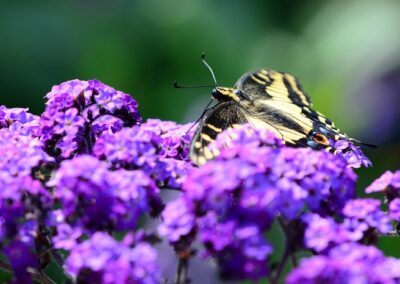 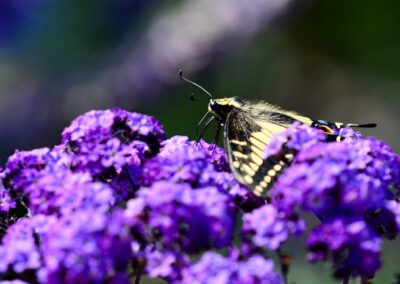 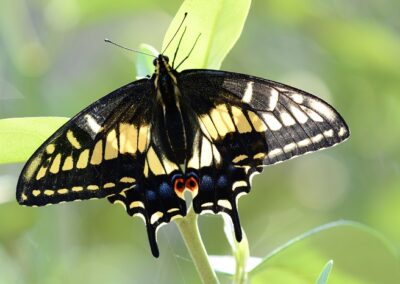